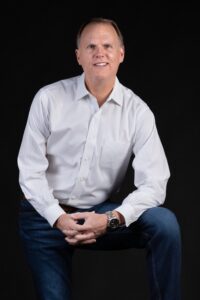 An Arbitration Agreement presented by an Illinois employer is subject to Illinois law concerning the formation of a legal contract.  In Illinois, an offer, an acceptance, and consideration are the basic ingredients of a contract.  Melena v. Anheuser-Busch, Inc., 847 N.E.2d 99, 109 (Ill. 2006).  The party seeking to compel arbitration, which is usually the employer, has the burden to establish that the parties have a valid agreement to arbitrate. Hubbert v. Dell Corp., 835 N.E.2d 113, 121 (5th Dist. 2005).

The Court’s decision in Melena was based in part on its decision 19 years earlier in Duldulao v. Saint Mary of Nazareth Hospital Center, 505 N.E.2d 314 (Ill. 1987).  In Duldulao, the issue before the Court was whether an employee handbook’s discipline policy constituted an enforceable contract. Duldulao, 505 N.E.2d at 315.  The Court held that a handbook or policy statement creates an enforceable contract where:

Therefore, it is possible to avoid the Arbitration Agreement by showing it was not properly disseminated to the employee and therefore not a valid contract in Illinois.  Or that the Arbitration Agreement was produced by fraud, duress, or it was unconscionable.  It is much easier, however, if the employee selects the opt-out provision of the employment agreement if given the opportunity.  Read the onboarding documents carefully and be weary as employers often try to bury them in a stack of documents that will have your head swimming.  Better yet, call the Leskera Law Firm for a free consultation on any employment issue.